POLITICIANS’ VIEWS ON THE Holy QURAN 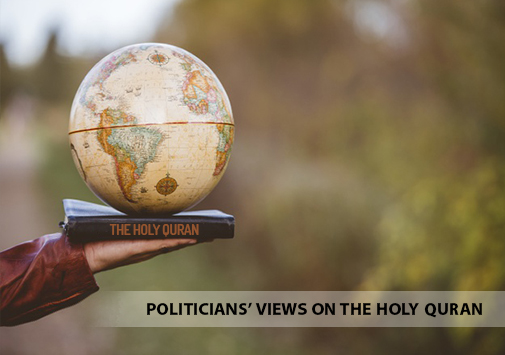 Why Did Thomas Jefferson Own a Qur’an?

Two hundred and three years ago this month, President James Madison approved the act of Congress purchasing Thomas Jefferson’s private library. Intended to restock the Library of Congress after its previous holdings were destroyed by British arson during the War of 1812, the transfer of books from Monticello to Washington also highlights a forgotten aspect of religious diversity in early America.

Among the 6,487 books that soon traveled north, Jefferson’s 1734 edition of the Qur’an is perhaps the most surprising.

Historians have attributed the third president’s ownership of the Muslim Holy book to his curiosity about a variety of religious perspectives. It’s appropriate to view it that way. Jefferson bought this book while he was a young man studying law, and he may have read it in part to better understand Islam’s influence on some of the world’s legal systems.

But that obscures a crucial fact: To many living in Jefferson’s young nation, this book meant much more. Some scholars estimate 20 percent of the enslaved men and women brought to the Americas were Muslims. While today these American followers of the Prophet Muhammad have been largely forgotten, the presence of Islam in the United States was not unknown among the nation’s citizens in the 18th and 19th centuries. Often practiced in secret, reluctantly abandoned, or blended with other traditions, these first attempts ultimately did not survive slavery. But the mere existence of Islam in the early republic is evidence that religious diversity in this country has a deeper and more complex history than many now know.

Not long before Jefferson’s Qur’an rolled north with the rest of his library in 1815, another American attempted to write his own Islamic sacred text, albeit in a form that could not be so easily transported or understood. He wrote his in Arabic on a jail cell wall.

Slave traders captured Omar ibn Said in what is now Senegal and brought him to Charleston, South Carolina, in 1807. He was sold to a man that Said would describe as cruel and a kafir, or infidel. A devout Muslim when he arrived in the United States, Said strived during his enslavement first to maintain his faith, and then to transform it. His story has earned a place in history—as well as in the “Religion in Early America” exhibition, currently on view at the National Museum of American History, and on the Smithsonian Institution’s latest Sidedoor podcast.

Following an attempt to escape from slavery in 1810, Omar ibn Said was arrested in Fayetteville, North Carolina. While locked in his jail cell, Said became a figure of curiosity, first for his quiet and some said mysterious demeanor, then for the strange way in which he prayed, and finally for the graffiti he began to inscribe on the walls of his cell—Arabic script, most likely verses from the Quran. “The walls of his cell,” it was later reported, “were covered in strange characters, traced in charcoal or chalk, which no scholar in Fayetteville could decipher.”

Omar ibn Said soon became the property of a prominent local political family, which encouraged him to convert to Christianity and persuaded him to write an account of his life.

Through the decades that followed, this family publicized his conversion, placing articles about him in newspapers and broadsides around the United States.

In 1825, a Philadelphia paper recounted the story of his jail time, and how he had been brought to his new faith. In 1837 an article in the Boston Reporter hailed him as a “Convert from Mohammedanism” and devoted two columns to his Christian virtues. In 1854, a reporter wrote that he had “thrown aside the blood­ stained Koran and now worships at the feet of the Prince of Peace.” Though they still held Said in slavery, his owners claimed (without apparent irony) that he wore “no bonds but those of gratitude and affection.”

Yet Omar ibn Said had his own story to tell. Like his jail cell graffiti, his account of his experiences was written in Arabic. Those taking credit for his conversion were unable to read of his true convictions. If they had, they would have seen his adoption of Christianity, while apparently sincere, was also a practical measure.

Before all the things he valued in life had been taken from him, Said said, he had prayed as a Muslim, but now he would say the Lord’s Prayer, he revealed in his writings. But he also peppered his text with prophetic declarations of divine wrath directed at the country that deprived him of his freedom.

O people of America, O people of North Carolina,” he wrote. “Do you have a good generation that fears Allah? Are you confident that He who is in heaven will not cause the earth to cave in beneath you, so that it will shake to pieces and overwhelm you?

Tarteel in Quran Recitation If you want to recite

Tarteel in Quran Recitation 🌹🌹🌹 For teen 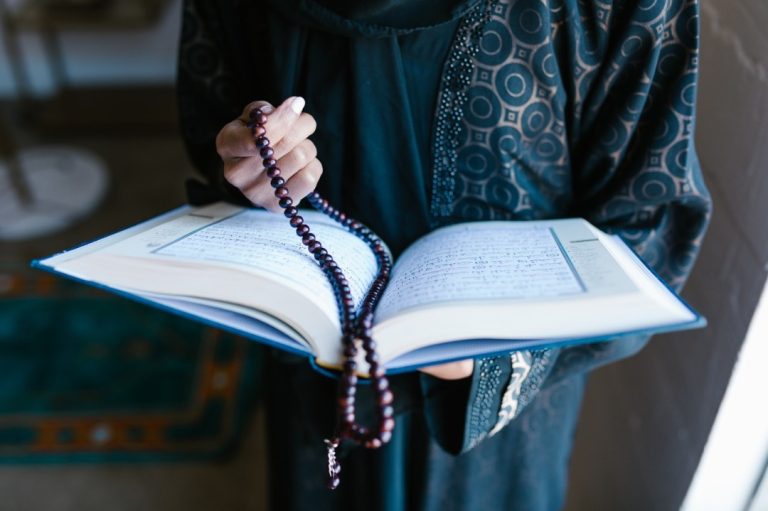 Two new classes for the ‘Understanding the Quran’ course have begun in September.
October 6, 2021
Read More » 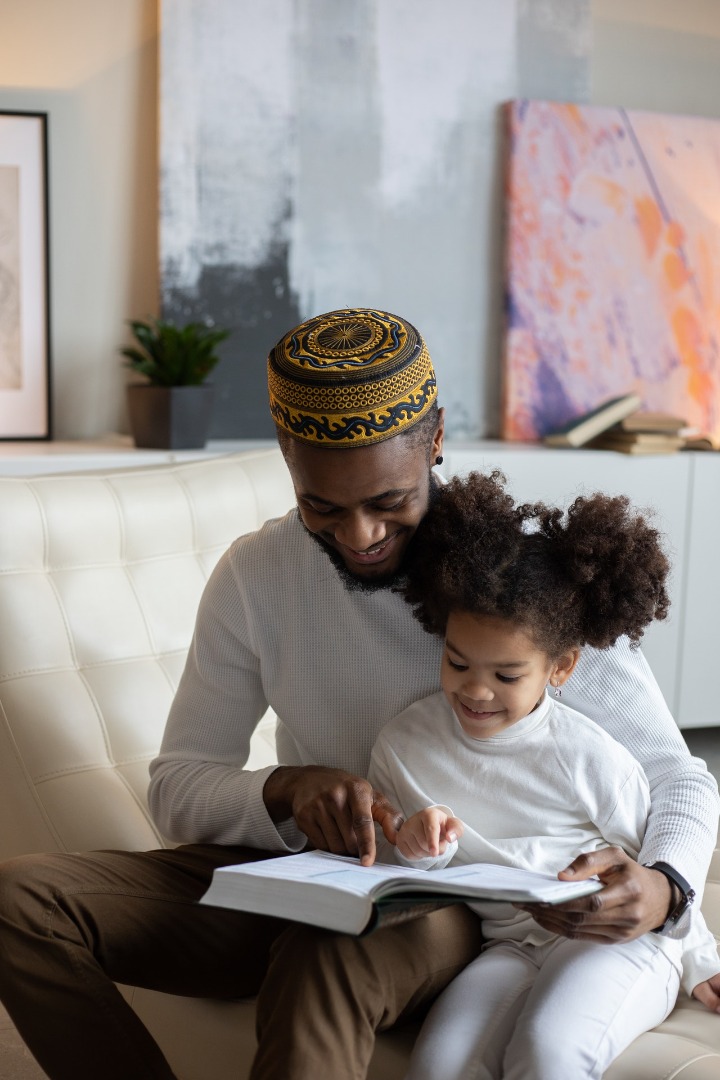 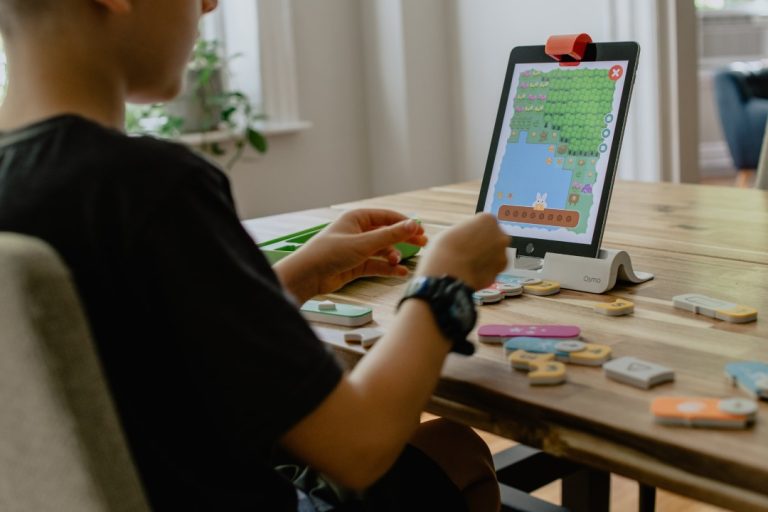 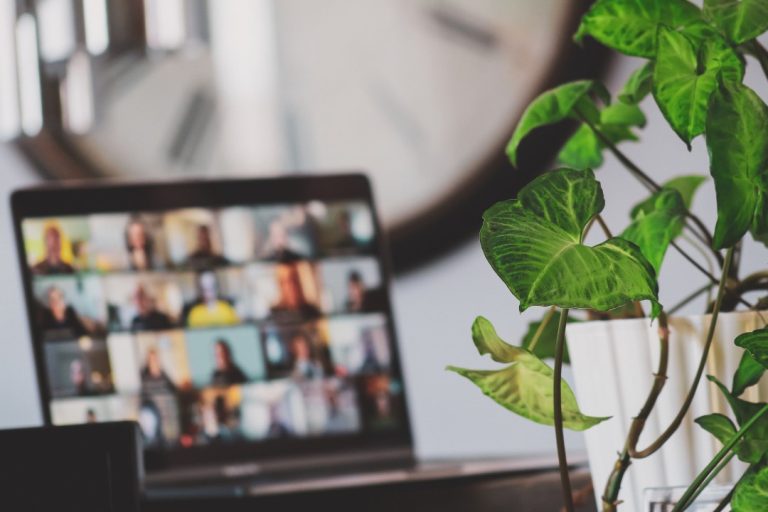 Commencement of DarulQuran Classes at the Essex School in the UK
October 6, 2021
Read More »